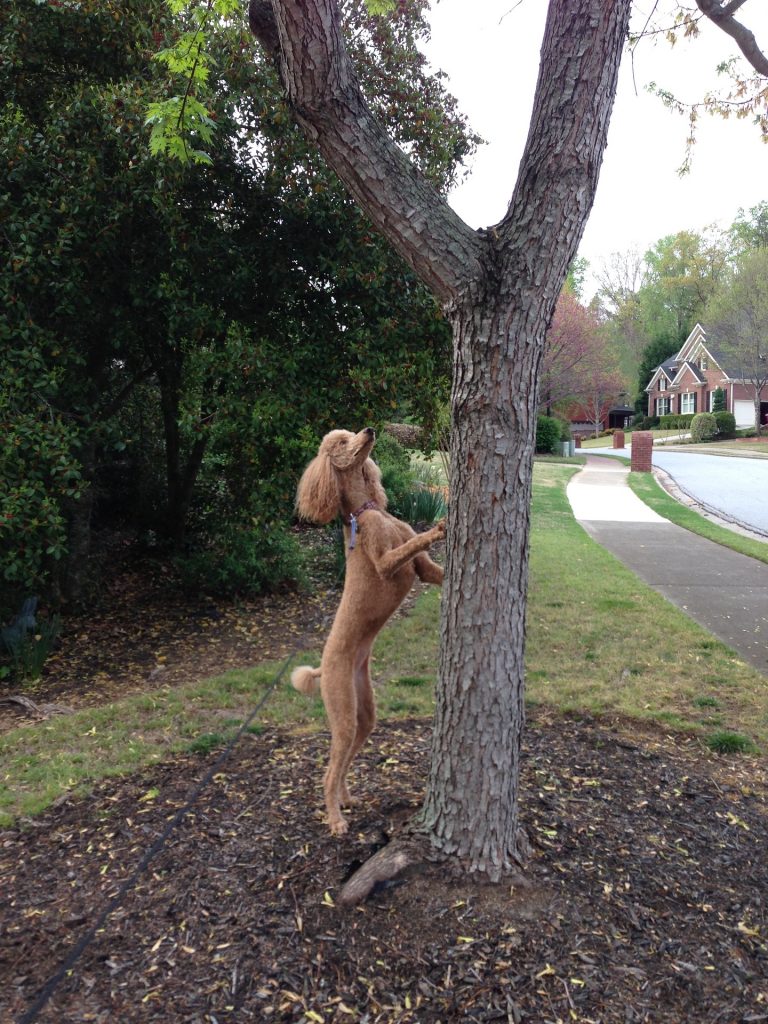 Frustration Tolerance (FT) is low in dogs with aggression or reactive problems. I am not discounting the fact that they may be fearful, or stressed. Yes, trigger stacking does play a major part in the problem. But, there is (almost always) a low frustration tolerance level in the dog.

The problem is that most dog training methods are unaware, or ignore the problem of frustration tolerance. They dismiss its impact on anger, predator drift, and other instinctual/emotional issues that lead to behavior problems.

To translate this into human terms – your dog has no patience.  Like self-control, dogs are not born with frustration tolerance. It must be developed in them. Unfortunately, in the formative development stages, before 20 weeks old, most puppies are given everything they want. We even think it is cute when they demand that we give them a treat by barking, or pushing their heads up into our faces.

Puppies who have not received socialization in the whelping box, puppies from small liters, orphans, and rescues often have low frustration tolerance as the basis of their behavior problems.

Puppies who were spoiled, carried, and treated like human children also have low frustration tolerance. This is all cute, and acceptable, until the dog reaches a mature mental development stage and becomes aggressive when it doesn’t get its own way.

Your dog cannot obey if it has low FT or self-control. You need to build the behavior and give the dog the tools needed to remain calm. Then you can teach the ‘tricks and task’, like heeling or walk nice.  Asking a dog with low FT or Self-Control to heel is like trying to capture the wind and keep it in a jar. It isn’t going to happen.

Many people are unaware that their dog has a frustration or anger issue until they put a leash on. Suddenly the dog is lunging, barking, and acting aggressive. The dog has no respect for damage it is doing when it pulls you.

Pet dogs often become human aggressive because they are not taught how to deal with their emotions when they don’t get their own way. Frustration doesn’t always hit our radar because we don’t mind the behaviors it causes, or we give the dog a treat to make it stop. (This is wrong!)

The problem comes because frustration eventually leads to anger. This isn’t a problem that goes away on its own, or because we love the dog. The dog is not cognitive enough to process this. Instead, the frustration builds, like filling a jar with water. When the jar is full the dog ‘explodes’ in anger. The aggression releases the pressure and makes the dog feel better, so it does it again.

Some dogs who react to anything that moves often have a problem with frustration and trigger stacking. It is like living with a bomb. You never know when it is supposed to explode. The good news is that you can teach your dog not to react when something moves by desensitizing it to movement.

Exercises to Help You Get Started

Any exercise where your dog wants something, but doesn’t get it, can help build frustration tolerance.  If you want more information on self control and impulse control then read pt 1 of this series: Click

The information on this website is offered for informational purposes only. It is meant to offer assistance, but cannot replace an assessment by a professional trainer, or proper care and training.

We have a zero tolerance of abuse or punitive measures. You may use control tools as long as their purpose is not to inflict pain or fear.

BlackRidge © 2016 No Content Can Be Used Without Written Permission