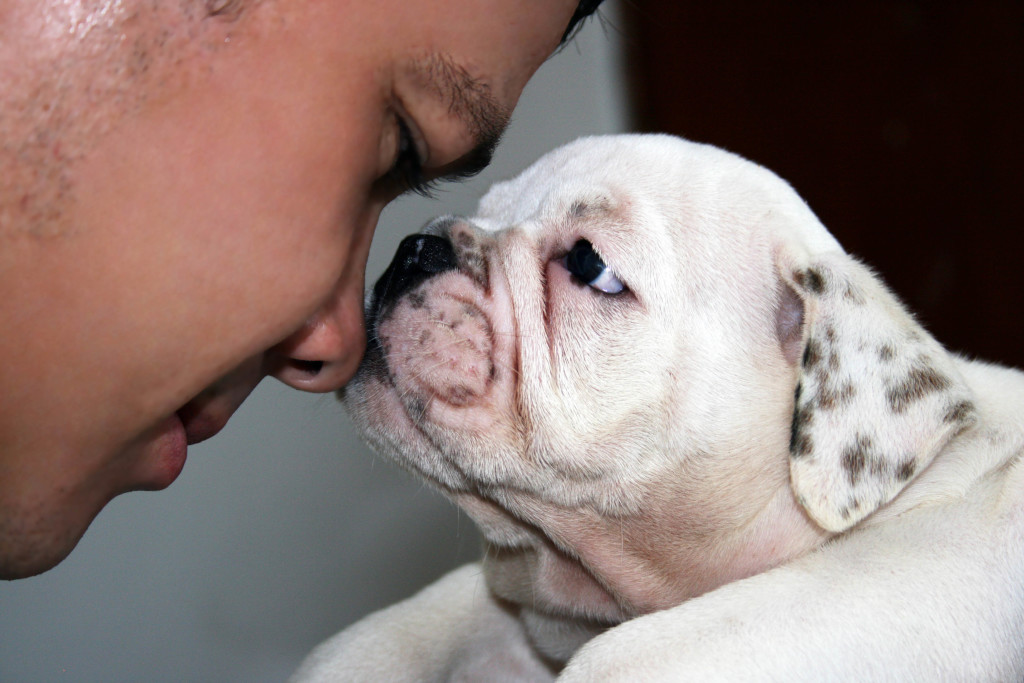 One of the main causes of behavior problems is the belief you must dominate a dog or it will try to dominate you. I’ve lived with as many as 18 dogs at my home, and have never had a dog challenge me for dominance. I’ve owned giant schauzers, huskies, german shepherds, chinese cresteds, and other working dogs. I will admit that some breeds are difficult to manage, but when a dog is treated like a dog (not a wolf) and is worked with and exercised then it knows its place in the ‘group’ and respects everyone in the pack.

In fact, when I have a dog who is reactive to other dogs, or is aggressive, I usually look for underlying problems associated with the way the family communicates with their dog. It usually comes down to a lack of play, and/or exercise that result in a high level of frustration.

Perhaps the most influential tenet of the Dog Whisperer, Cesar Millan, is the notion that in the dog-owner relationship, the owner needs to be the leader of the pack. Ignore this principle, proponents say, and the dog in your house will try to displace you as the pack’s alpha.

But this conception of “pack” and “alpha” is inapplicable to dogs and humans. The idea is rooted in legitimate research — but the conclusions of that research hold only for the study population: wolves, most of them adolescent males, held captive in a small enclosure. In the mid-20th century, animal behaviorist Rudolph Schenkel determined that these wolves established a hierarchy in which certain individuals ate and mated first, and he suggested that other members of the group were in a perpetual struggle to take over the alpha position.

But wolf behavior in prison-like conditions doesn’t extend to wolves in the wild — or to dogs. Indeed, researchers have found that wild wolf packs are typically family groups. The parents are in charge, but only in the same way that I am in charge of my son. My son doesn’t try to overthrow me, nor do younger wolves try to overthrow their parents. Studies of free-ranging dogs have found that they don’t form strict dominance hierarchies, either. They do stay together, but they don’t hunt cooperatively like wolves do.

It makes sense to be a leader for your dog insofar as you make your expectations clear. But trying to dominate your dog, lest he dominate you, is like taking a parenting lesson from “Lord of the Flies.”

Alexandra Horowitz is the principal investigator in the dog cognition lab at Barnard University and the author of “On Looking” and “Inside of a Dog.”

What is Behavior Training?

The information on this website is offered for informational purposes only. It is meant to offer assistance, but cannot replace an assessment by a professional trainer, or proper care and training.

We have a zero tolerance of abuse or punitive measures. You may use control tools as long as their purpose is not to inflict pain or fear.

BlackRidge © 2016 No Content Can Be Used Without Written Permission